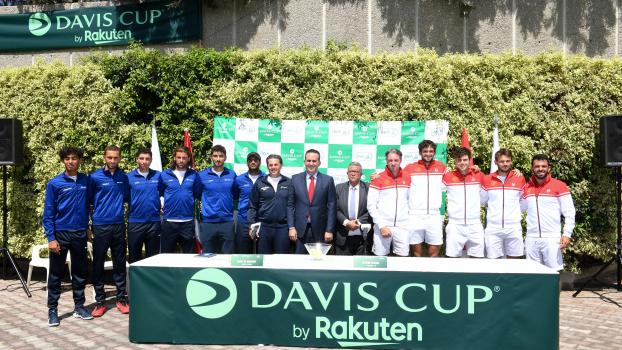 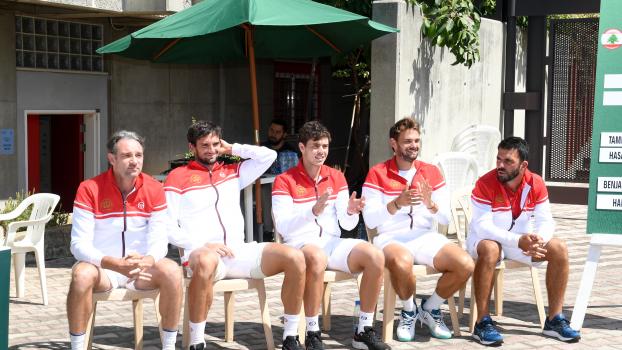 The Monegasque Team (Technical staff and 4 players from the Monegasque Tennis Federation) flew to Lebanon a few days ago to face Lebanon. This World Group II tie can allow our team to access the Play-offs which will lead to World Group I. Guillaume Couillard's men will play their matches at... 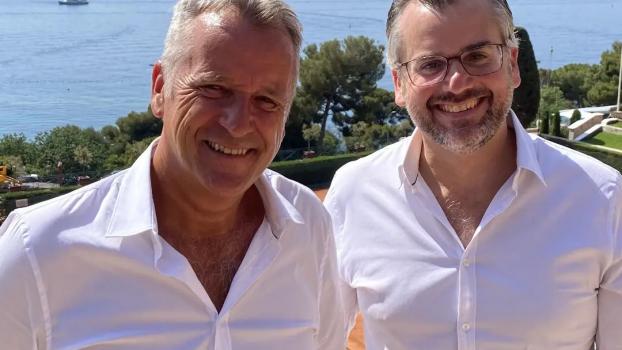 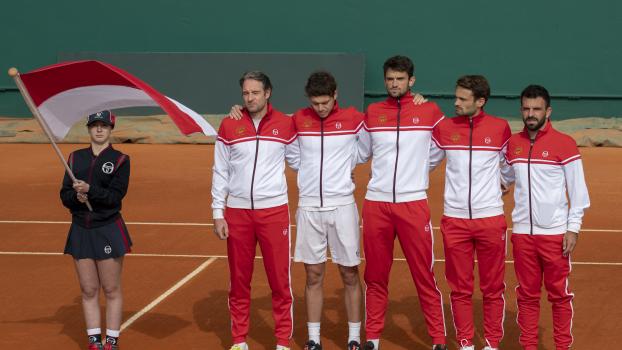 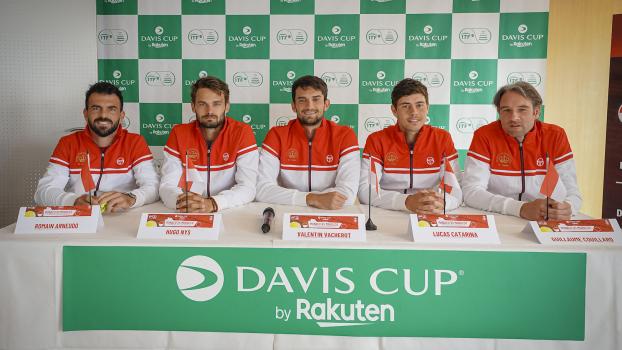 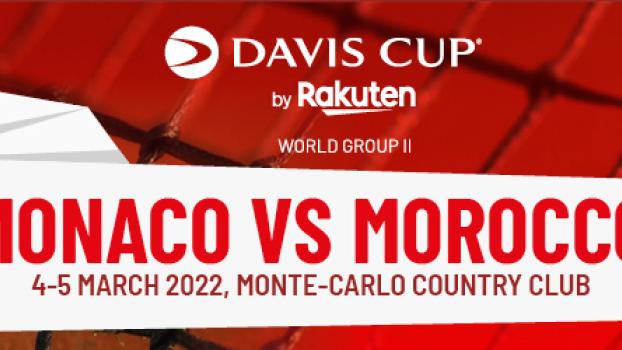 The team nomination of this next Davis Cup tie has just been released. Team nomination here As for the Monegasques: Lucas Catarina, Valentin Vacherot, Hugo Nys and Romain Arneodo have been selected. On the Moroccan side, the selection includes: Elliott Benchetrit, Lamine Ouahab, Adam Moundir and... 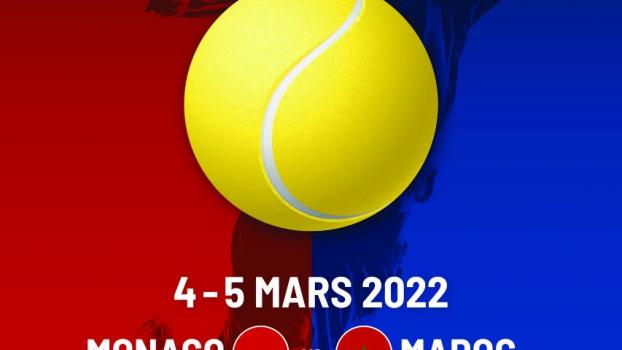 The Monegasque Tennis Federation is pleased to announce that the Davis Cup by Rakuten – World Group II Play-offs MONACO / MOROCCO tie will take place at the Monte-Carlo Country Club on March 4th and 5th. Indeed, due to the current restrictions and the uncertainty weighing on a possible... 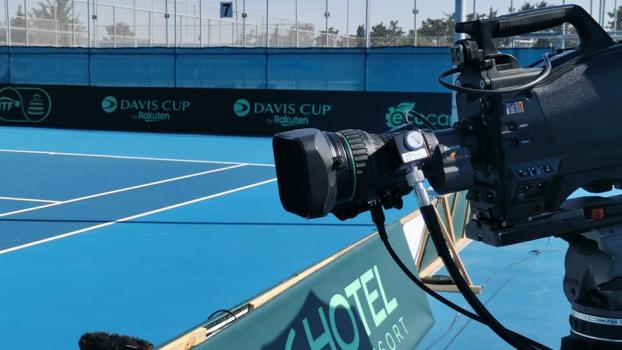 The resumption of international tennis competitions allowed the organization of the - Davis Cup Group III Europe - match in Larnaca (Cyprus) on June 16, 17, 18 and 19. Contract completed for Guillaume Couillard's men. Led by their leader Lucas Catarina and first selection for the young Valentin... 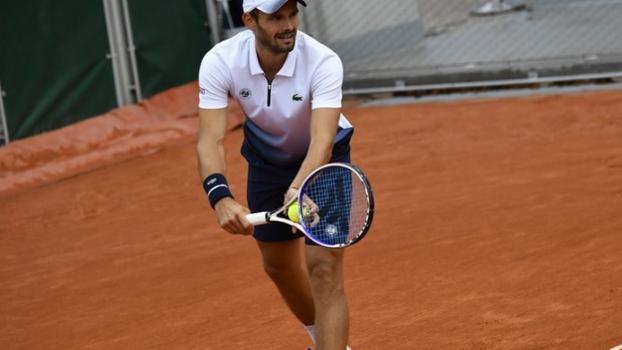 Second Round for Hugo at Roland Garros

Thanks to their ranking, Hugo Nys and his partner Andres Molteni were able to join the final draw of the Men's Double at this very special Roland Garros. After a first round won against the Belgian pair Vliegen (n ° 36 ATP) / Gillé (n ° 41 ATP) 4/6 - 6/3 - 6/3, Hugo and Andres... 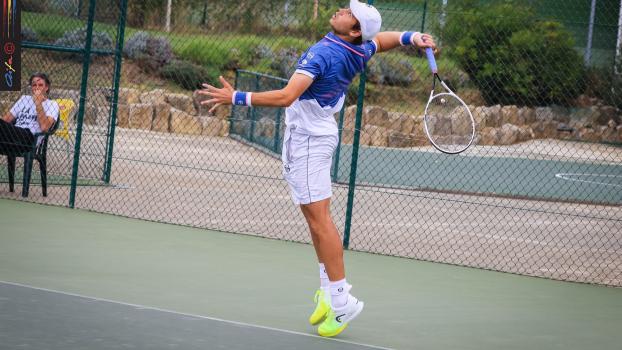 After winning two Futures tournaments in Monastir, Tunisia in February, Lucas Catarina, ATP 465, has just won the Future of Castelo Branco in Portugal. At the end of a three-week tour where he lost in the semi-final (M15 Sintra I) and in the second round (M15 Sintra II), he was able to conclude in... 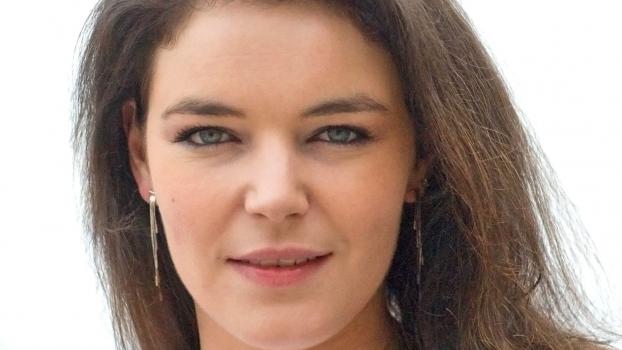 We are delighted to announce that the Executive Committee of the Monegasque Tennis Federation designated Miss Melanie-Antoinette de Massy as President of our Association. After having spent her whole life alongside her Mother, Baroness Elizabeth-Ann de Massy and having worked together with her for... 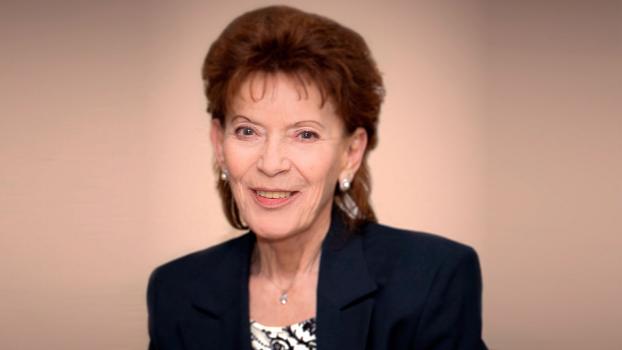 It is with great sadness and deep emotion that the Monegasque Tennis Federation informs you of the death of its President, Baroness Elizabeth-Ann de Massy. After over 30 years of full engagement within our association, she passed away on June 10th, 2020. All our thoughts and sincere affection are... 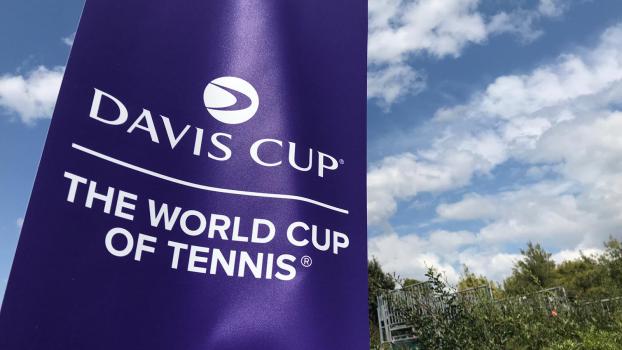 Monaco stays in the Group III

Following a very intense week, our Monegasque players have managed to remain in the Davis Cup Group III. The week started badly with a very unfavourable draw for our team. During the week Monaco competed against: - Wednesday 11 September: Poland - Thursday 12 September: Luxembourg - Friday 13... 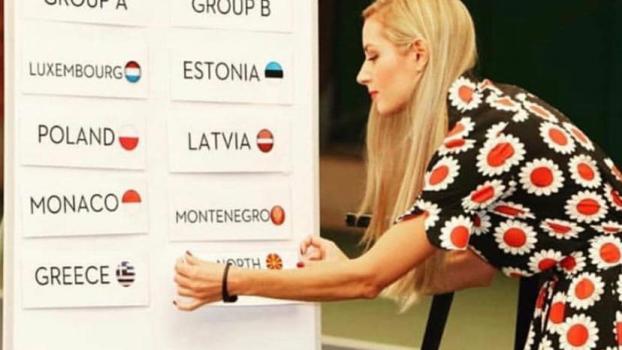 The 2019 Davis Cup was expected to be perturbed… It kept its promise! Following the multiple reforms to the Davis Cup, here’s a short explanation of the configuration of the Group: The Europe Zone Group III is made up of 8 teams, divided into two pools of 4 countries. At the end of 3... 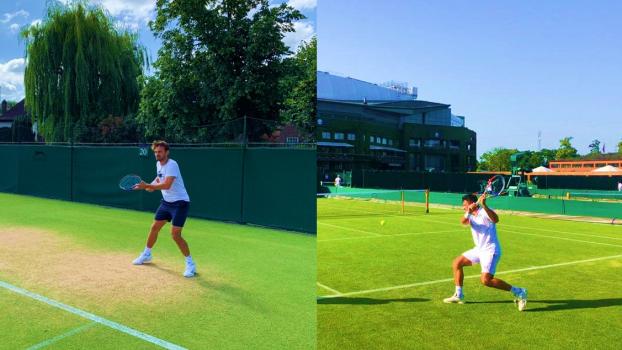 A word from the President

The I.T.F. is very performant and productive as far as accumulating actions and decisions which is killing the Davis Cup, one of the most prestigious worldwide Tennis Competition with almost 120 years of History. Now, the new rules concerning the different group levels of the 2019 format are just... 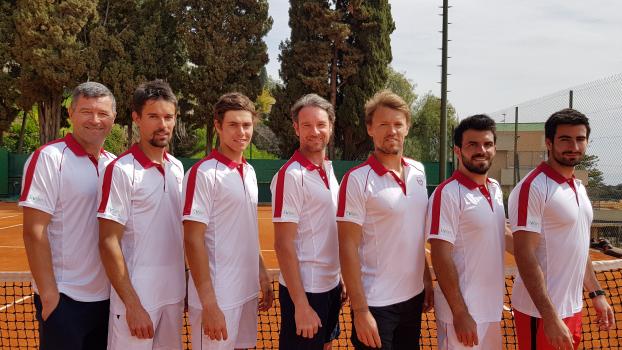 Currently, the Monegasque Federation is in its week of preparation before leaving for Bulgaria on Saturday 31st March. The 8 teams of Group III will be divided into 2 pools of 4 teams. The Draw on Tuesday will decide which teams will make up the Monaco and Bulgaria pool, both top seeds. Our players... 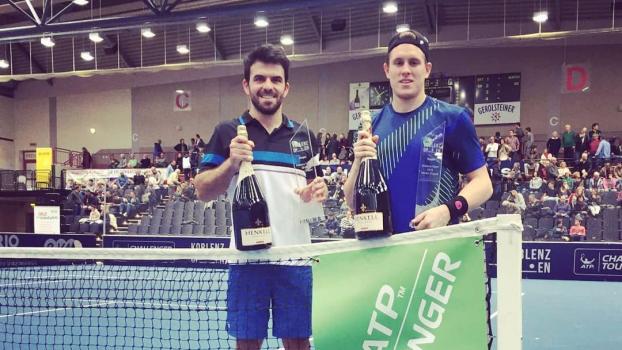 Romain Arneodo, an FMT player since 2011, hasn’t stopped scoring good results on the international doubles circuit. Just a few weeks after having won the Montevideo ATP Challenger Tournament with his partner Fernando Romboli, it was in Klobenz, Germany, that he won his very first tournament... 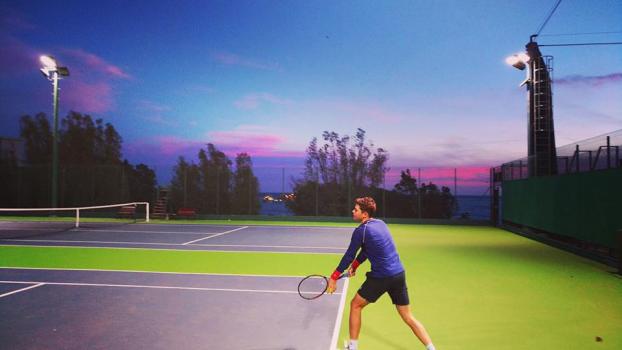 The last week of training at the Monte-Carlo Country Club for Lucas Catarina who is leaving for 3 weeks of tournaments in Australia and India. He’ll be playing for the very first time in ATP Challenger tournaments. Good luck Lucas! 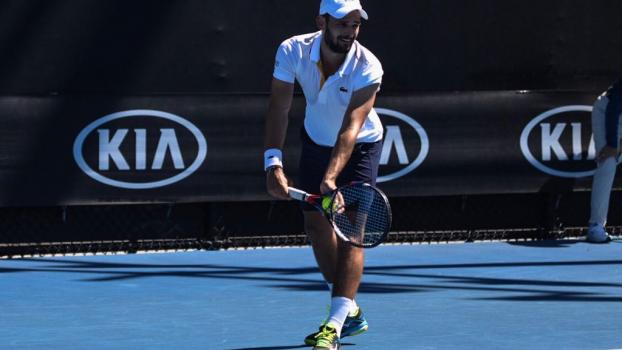 Hugo Nys at the Australian Open

Thanks to his good performances over the last few months, our Training Camp player managed to enter the Doubles Main Draw of the Australian Open. Playing with the Frenchman Benoit Paire, they succeeded in getting through the first round against the no.13 seeds with the score 6/4 - 0/6 - 6/2. The... 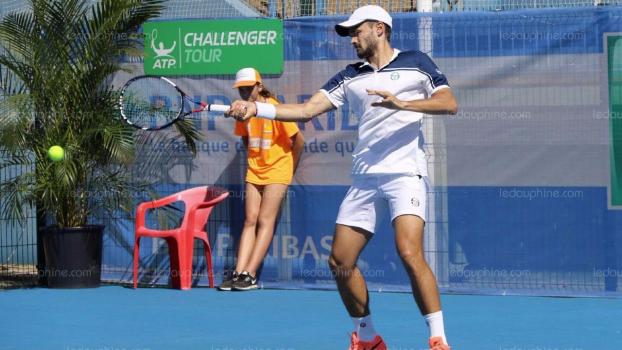 2018 has started well for our player Hugo Nys! He has just won the Nouméa Challenger Doubles Tournament with his partner Tim Puetz. A great victory that keeps him in the top 100 best world doubles players and places him at no. 82 in the world ranking for the first time in his career. This... 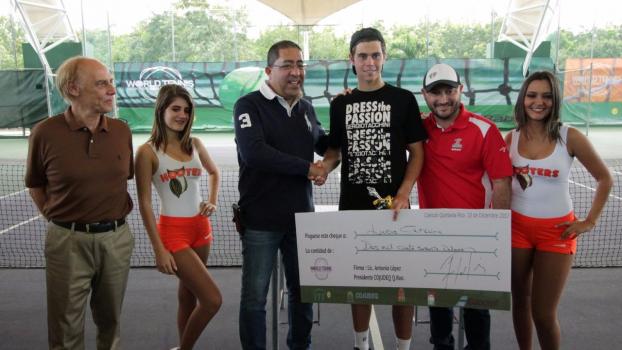 Wonderful end of season for Lucas

For his very last tournament of the 2017 season, Lucas Catarina could not have hoped for better than to win this last event. Mission accomplished with his win in the Final round against the seeded player No. 3 Gonzalo Escobar (ex n° 281 ATP). He finished this year in 360 position in the world... 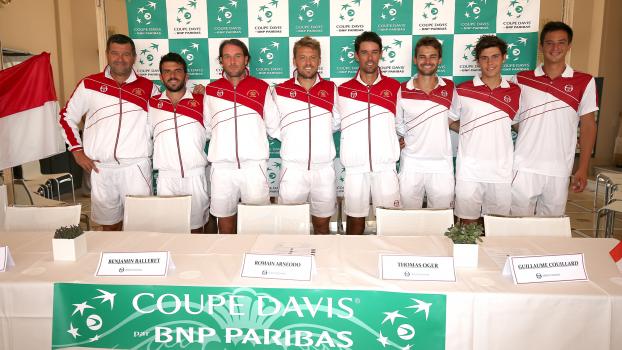 Following his play-off defeat in april 2017 against Estonia, the Monegasque Davis Cup team was relegated in the Group III of the competition. A pre-draw, allowing to split the 16 teams into two separate groups, was held on November 15th within the International Tennis Federation offices. The result... 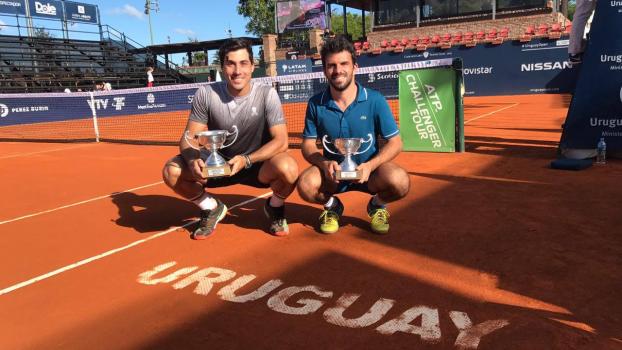 During his doubles Tour in Latin America, Romain Arneodo won the Montevideo Challenger Tournament in Uruguay with his partner Fernando Romboli (BRA) by winning the Finals against the team: Ariel Behar / Fabiano De Paula respectively Nos. 115 and 146. He is now the 105th best doubles player in the...