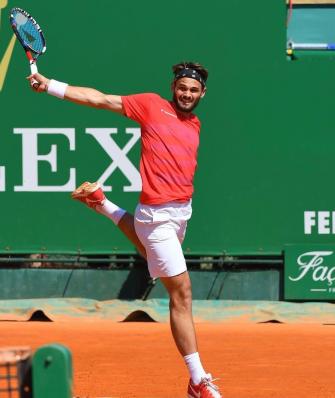 Hugo, playing in the last Rolex Monte-Carlo Masters Tournament where he lost in the first round of the qualifications against the Japonese: Yuichi Sugita.
In this tournament edition, he amazingly succeeded in reaching the semi-finals of the Double Tournament. They finally lost against the pair: Rohan Bopanna and Pablo Cuevas, futurs double tournament winners.