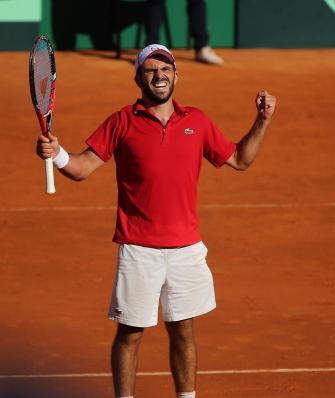 Romain in 2016, in the Davis Cup play-offs matches Group II, against Egypt, from 15 to 17 July at the Monte-Carlo Country Club. During this tie, he turned the tables against the Egyptian, Sherif Sabry, while he was leaded by 2 sets 0 to finally win the match in 5 sets. He allowed the Monaco Team to end the first day of matches on equal terms.