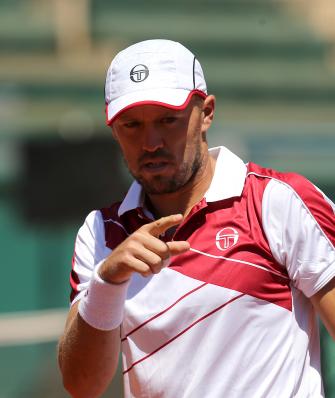 Benjamin, during the Davis Cup play-offs, Group II against Egypt. After having lost his first single against the N°1 Egyptian, Benjamin had to win his match against the very young N°3. Result: Victory in 4 sets after having lost the first one allowing the team to remain in the group II.