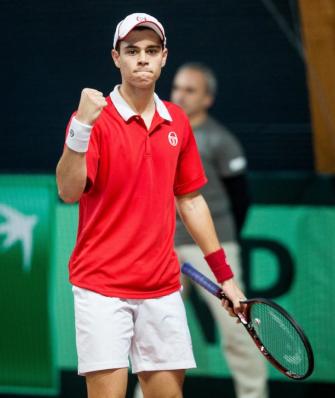 Lucas, during his first match in Davis Cup against Slovenia in February 2017 in Maribor. He lost in 4 sets against Blaz Kavcic, ex n°68 ATP.